A River Runs Through It by David Yarrow 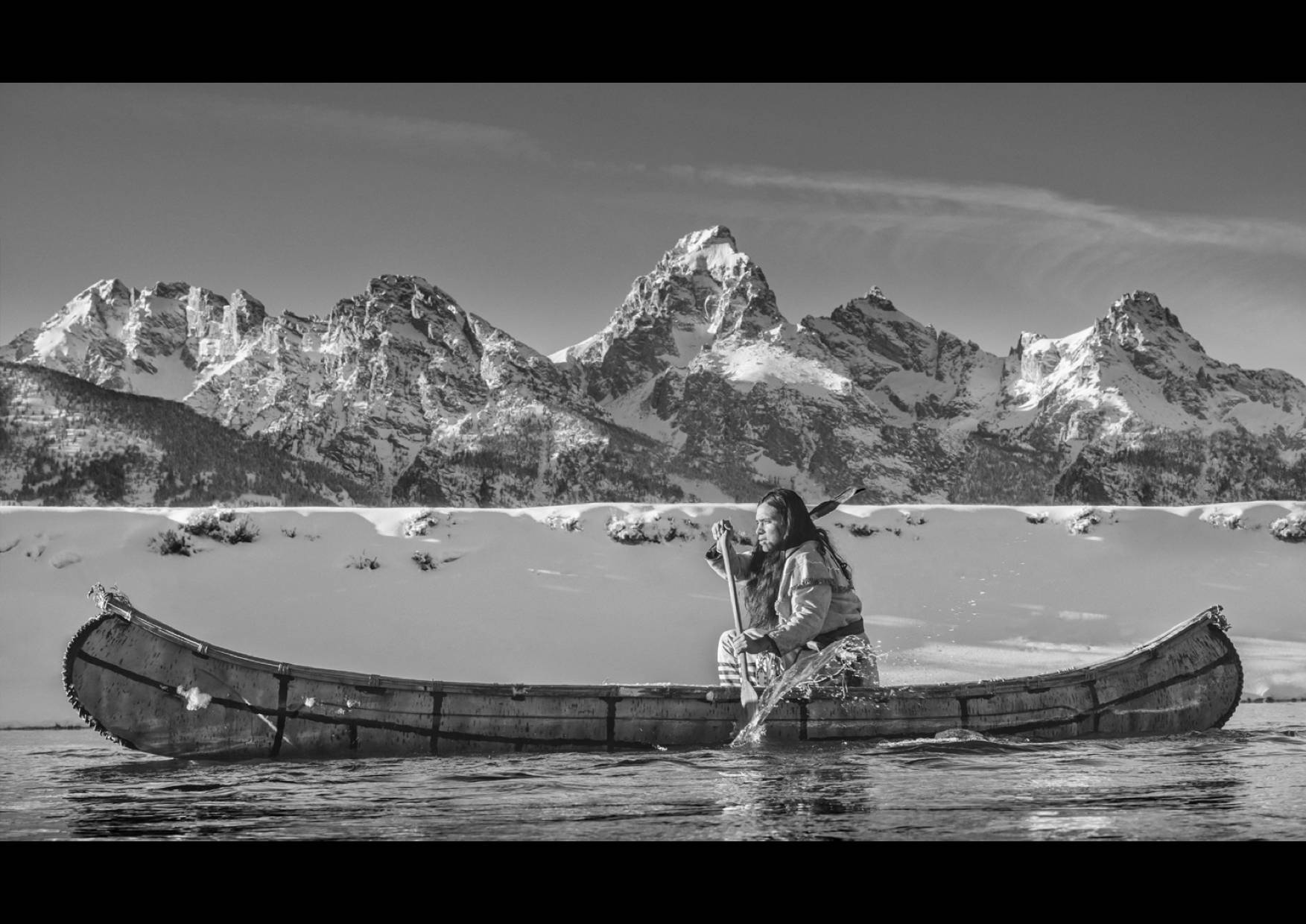 A River Runs Through It

Ansel Adams brought the majesty of Snake River and the Tetons into the homes of Americans in 1942. So there is no real commercial merit in a photographer traveling to this sensational destination in Wyoming and taking a loose landscape image on a tripod. They may take a beautiful image, but manifestly they would also be 79 years behind the curve. Teton National Park is an imperial amphitheater deserving not only our attention, but also our respect, and we are rather late in the game in documenting its magnificence. New images of the Eiffel Tower rarely make a Sotheby’s auction.

My strategy in the Tetons was to play with what we had and be authentic in the additives. We threw around many ideas and then threw most out.The most authentic suggestion was the idea of working with a native American in a19th century canoe on Snake River itself. The concept was sound, but the execution was hampered by the fact that the most scenic stretches of the river are three miles further east from the mountains than I would like.

On a standard lens, the peaks lose some of their sense of enormity. But there is one stretch of water where the river runs parallel and much closer to the mountain base. The river banks are a little higher and block the base, but this was a small price to pay for the improved proximity between the canoe and the mountain range.
In good light, this was always a late afternoon location, and the January temperature that day was low. I knew I was going to get wet and cold as the camera needed to be on the river’s surface and that meant me being deep in the river in normal ski clothing. The lower the camera, the more the mountains were amplified, and the canoe would also then be flat to my camera. The picture was all that mattered in those 10 minutes, not my comfort.

Haatepah in the canoe was so game and did an extraordinary job.