Between A Rock And A Hard Place by David Yarrow 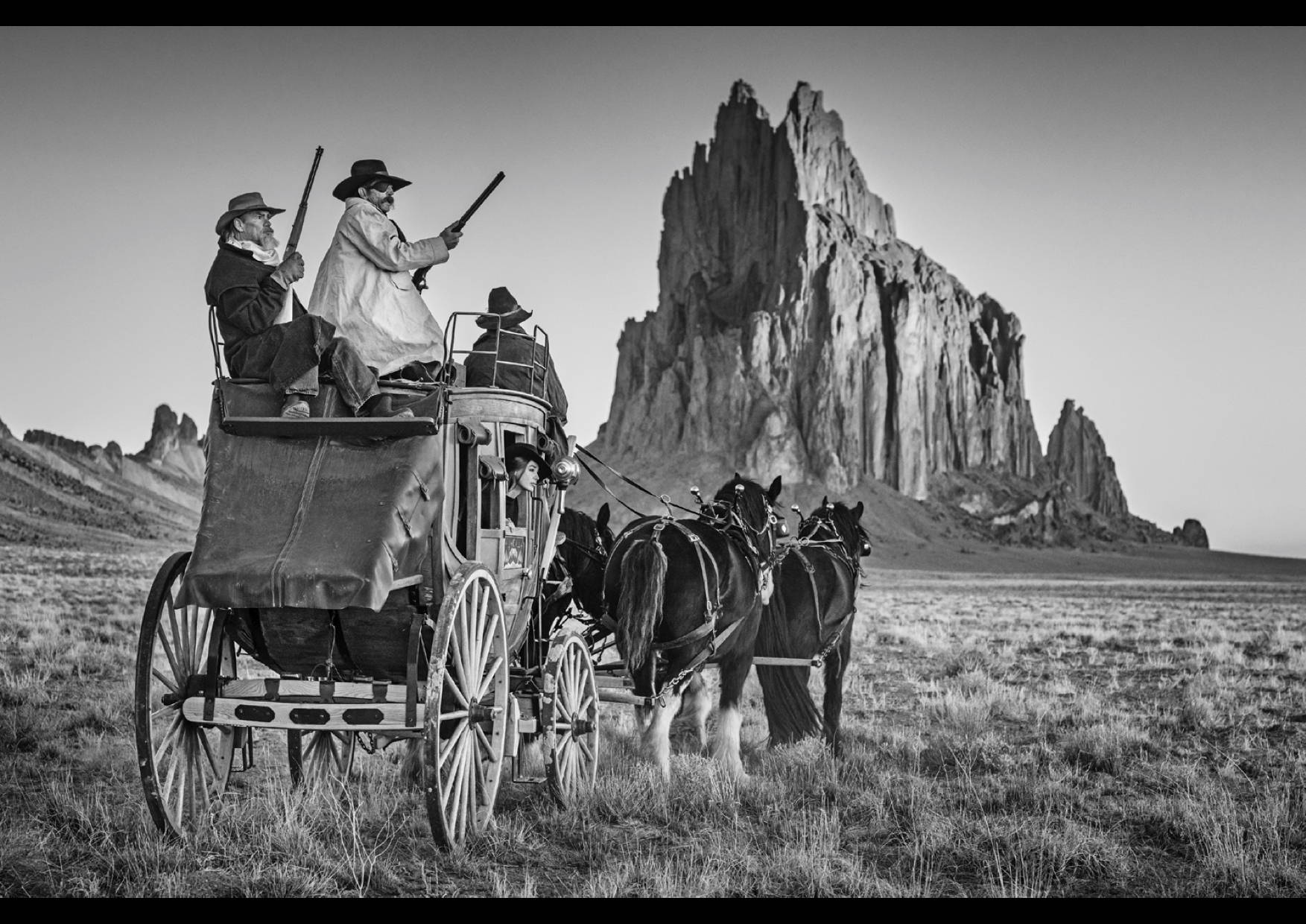 Between a rock and a hard place

The majesty and grandeur of the American South West is without equal and has been a canvas for artists for over 100 years. Early Hollywood directors, such as John Ford, were known for framing their characters against the vast, harsh, and rugged natural terrain. Arguably the location scouting industry was born in the South West of America.

Monument Valley in Arizona, where we have often filmed, is probably the flagship location. But 100 miles east of there, in New Mexico, lies Shiprock - a unique towering, bird-like volcanic rock formation that can be seen for miles in all directions. It rises vertically nearly 1,600 feet above the high-desert plain of the Navajo and in my view is as impactful as any location in America. The first question though was how could we best make use of search a sight. We had to have a complementary narrative and we also had to play the light to our advantage.

On a clear day at Shiprock, as we have learnt from experience, the light becomes suboptimal as little as 15 minutes after sunrise; it is just too strong and Shiprock itself lights up like a bonfire. The best plan is to shoot almost exactly at sunrise, allowing enough light for the characters in the narrative to have detail and not so much direct light on the rock itself. It is a fine line to get right, but I think we finally achieved it.

This image smells of the great push West and the crew did a fabulous job. It is always satisfying to warp a shoot long before most people are out of bed.