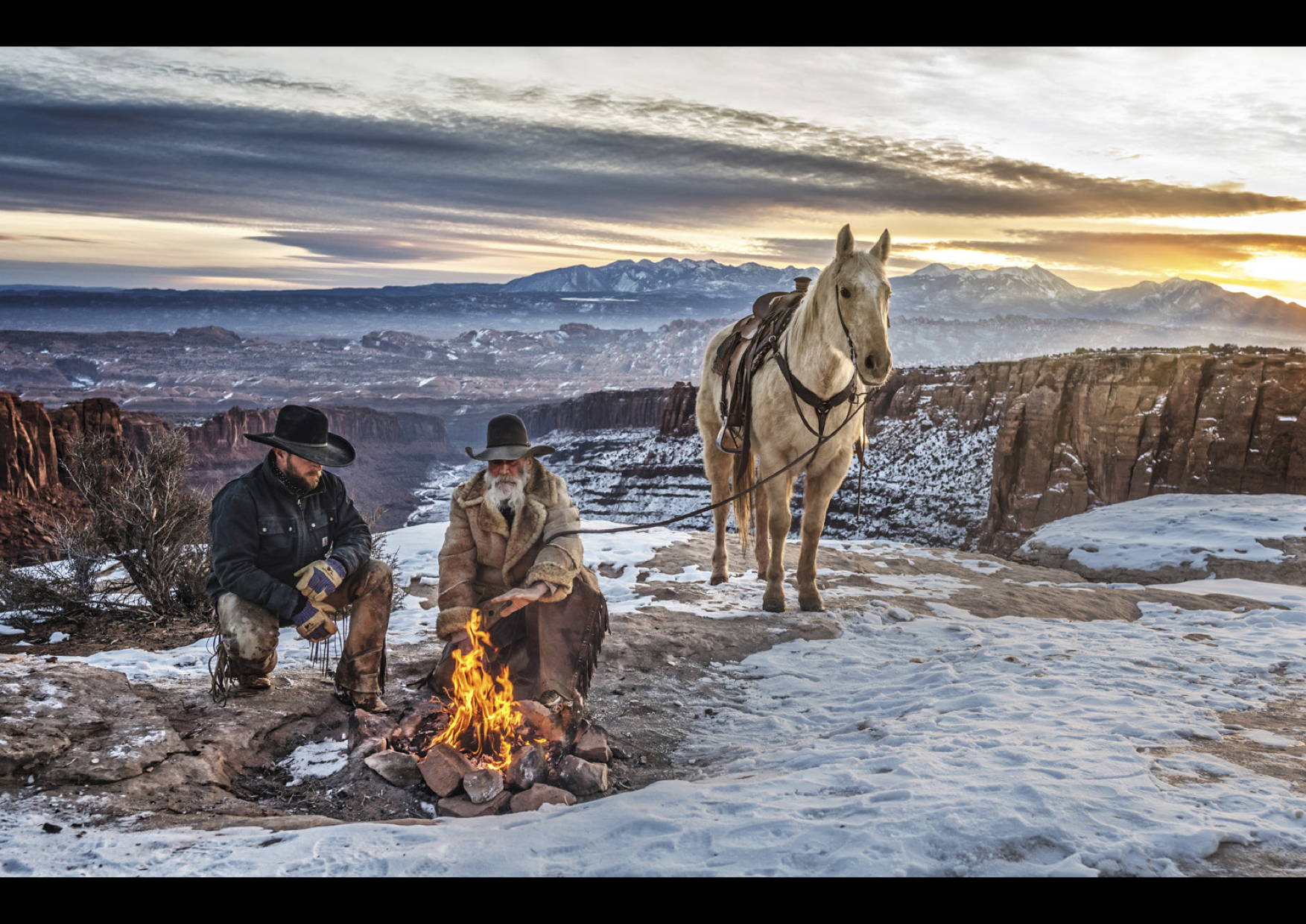 This photograph was a spontaneous behind the scenes shot taken early one winter morning high up in Canyonlands National Park, Utah. The cowboys we had on set were simply keeping warm, not playing to the camera. When I looked at my camera files later, I realized that we had something very strong and our galleries were very keen for the work to be released and shown to the public in America and Europe. This was never our intent, and it is the first time this situation has arisen in ten years.

The grandeur of the American West is well known and well photographed. In our minds, stunning landscapes should complement the shot, not be the shot. Layered narratives have become core to my style, we like to make a frame sweat. This image is certainly a validation of that approach.

99% of my released work is printed in monochrome, but this print works better in color. I looked back at some of the other work we have released in color and they all have one thing in common; my shots with tigers, orangutans and now this image all have the color orange in them. Orange is not a normal color in my work, but when it features, a color print is often preferable. A black and white print simply doesn’t cope well with orange.
On this occasion, the orange flames from the fire are such a core component of the story that to print this in monochrome would dumb down the narrative. I am all for the reductive qualities of monochrome, but we always want to tell the best possible story.

There is a lot going on in this image and we know it emotionally connects with those in America drawn to the lore of the West.