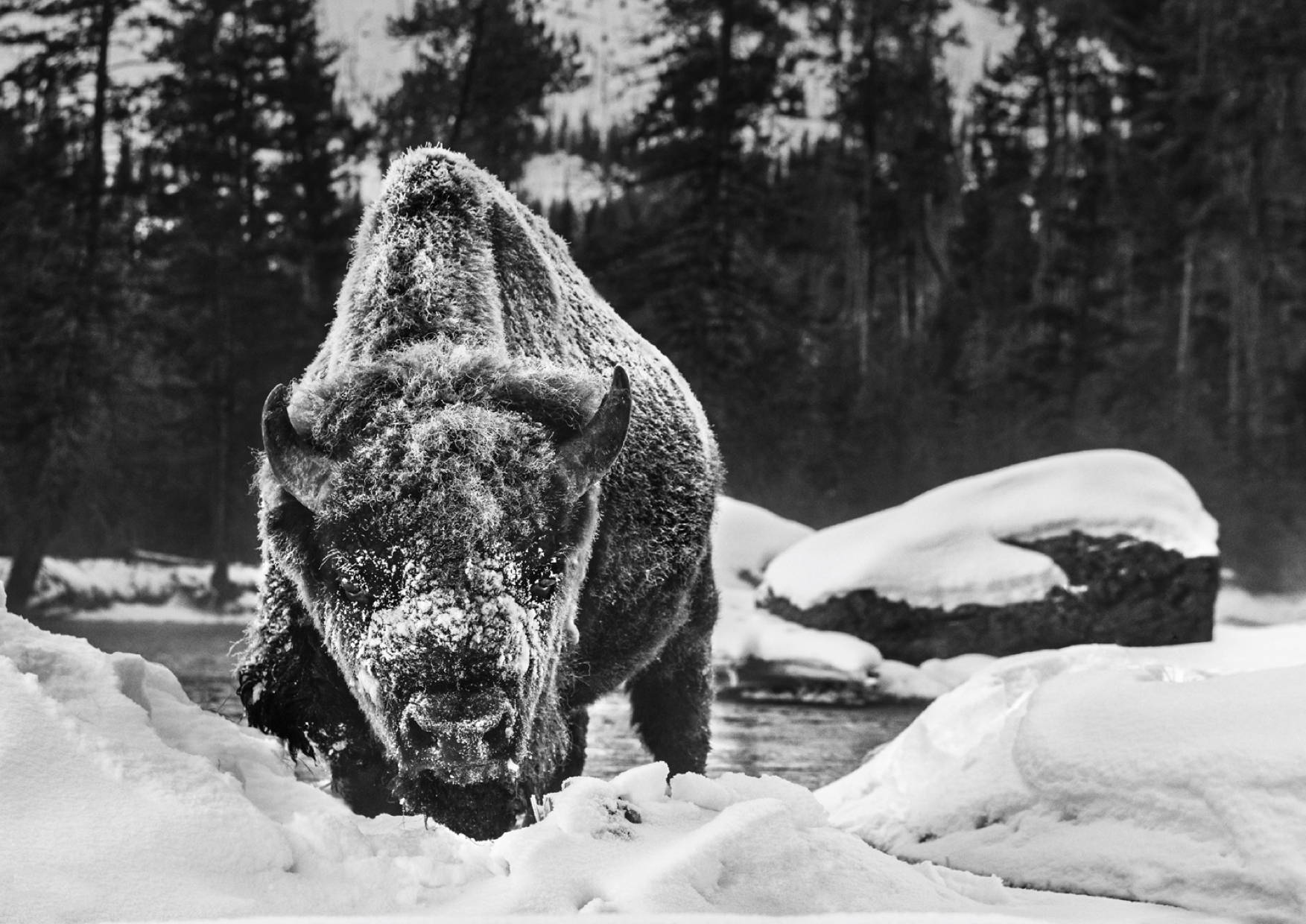 The third helpful variable is his front left leg suggests movement towards me and that is fortunate as bison can often be stagnant when they are feeding. This picture has the dynamism we often seek.
We took this picture so early in the day that no one else was in Yellowstone National Park. We left the park when the tourists were arriving. That’s the way we roll.