On The Road Again by David Yarrow 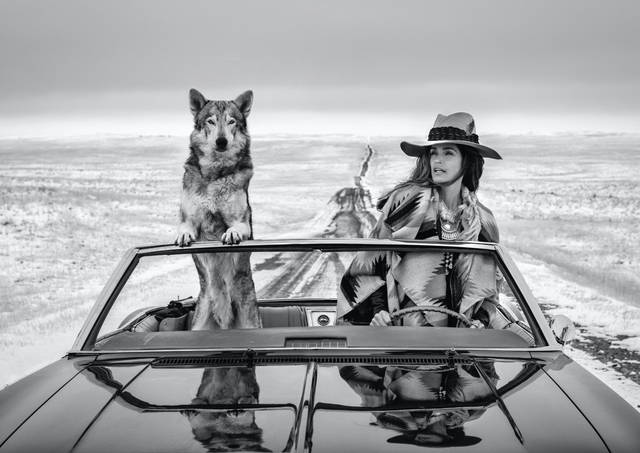 On The Road Again

Once we found the caterpillar road that dissects this picture, I knew that we had the canvas on which to continue our road series that started in 2018. The area is so remote that we doubt it has been used as a film location before, certainly not with an American icon as the lead player. The only traffic was the occasional oil worker or perhaps someone that was totally lost. The next big event north of here is the Canadian border and that’s some 300 miles away. It is not a place to run out of gas.

Cindy makes the picture for sure. The styling is perfect and there is a such a good energy cowgirl chic in her manner. This was the intent in the preconception - the two companions were enjoying the freedom of the vastness of the American West.

The sense of place is palpable. This is the America that so many know and love, with its long roads running to the horizon with either side exuding a simple sense of calm and solitude. No other country in the world offers road trips as visually rewarding as America and they are integral to the fabric of the American dream.

The snowfall the previous night added another layer to the narrative both on the road itself and on the prairies. We were lucky that the snow stopped and the light picked up. It adds warmth to an image already glowing with positivity and joy.

Willie Nelson was surely singing “On the Road Again” on the car radio with the volume turned up to the maximum level.

On the road again
Goin' places that I've never been
Seein' things that I may never see again
And I can't wait to get on the road again
On the road again
Like a band of gypsies, we go down the highway
We're the best of friends
Insisting that the world keep turning our way