The Bills by David Yarrow 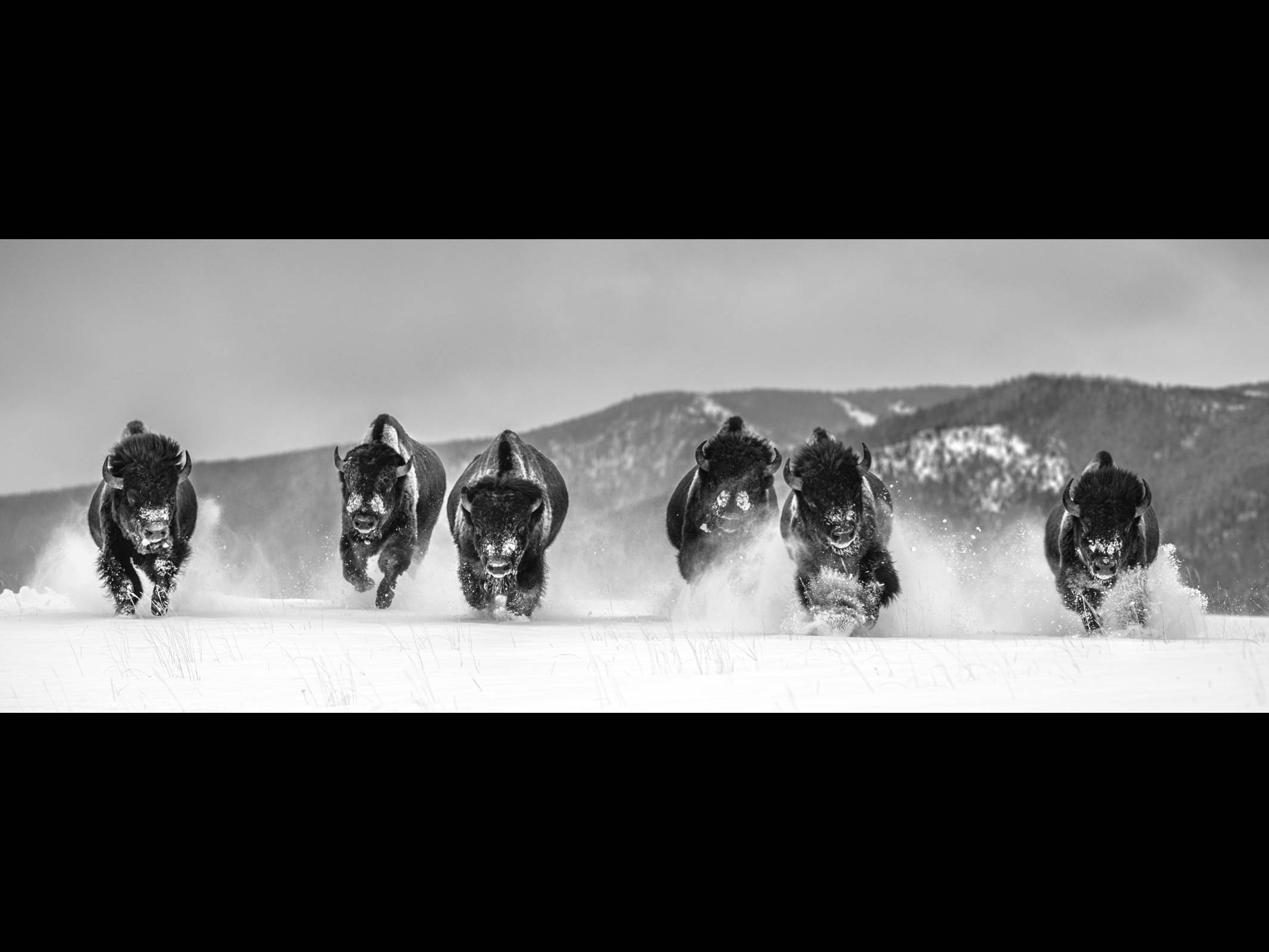 The concept of this photograph has been on my wish list for many years. A group of male bison charging through heavy snow, directly towards a camera is certainly a rare sight and it always seemed a bridge too far from almost every perspective. The question has always been where and how could this epic scene unfold in front of a camera?

Yellowstone National Park was never going to be the answer. This sort of collective behaviour does not tend to happen in the park and if it did, there would be zero chance of being in the right place at the right time to film it. It is difficult to break new ground in Yellowstone.

In 2020 an American artist, John Banovich, an exceptional talent and good friend, suggested that I approach Ted Turner to see if I could gain access to his stunning 180 square mile ranch - Flying D - saddling Yellowstone and neighbouring Big Sky. This remarkable place is nine times the size of Manhattan and showcases Montana at its most stunning best.

John’s wonderful painting of a group of running bison adorns the wall of the main reception of the exclusive Yellowstone Club and he took his inspiration from spending time at Ted Turner’s ranch. I recognized that this was a link worth pursuing. Flatteringly, a few months after my initial approach, the Turner team agreed to collaborate in the hope that we could raise money for Ted’s conservation initiatives. Ted Turner is one of America’s biggest landowners and also one of its most acclaimed conservationists and he reintroduced both bison and wolves into Flying D, one of his three Montana ranches. In mid-winter, his team of ranchers will herd some of the 5,000-resident bison into areas where feeding is easier and this controlled activity creates an opportunity to work a situation. Just like cowboys herding their cattle in Texas, the skill sets of the Turner ranchers in deep snow are a privilege to watch.

The difficulty is that bison in this vast ranch are more skittish of humans on foot than their Yellowstone cousins, who see thousands of tourists every day. I therefore needed either to be camouflaged or out of sight as they made haste in my direction. Luckily the Flying D team knew of a group of rocks behind which I would be obscured from the bison’s line of sight.

After many a failure, and some adjustments to the approach, one gorgeous winter morning in February, we achieved what we set out to do. It was a real team effort and I want to thank John Banovich and the whole Turner